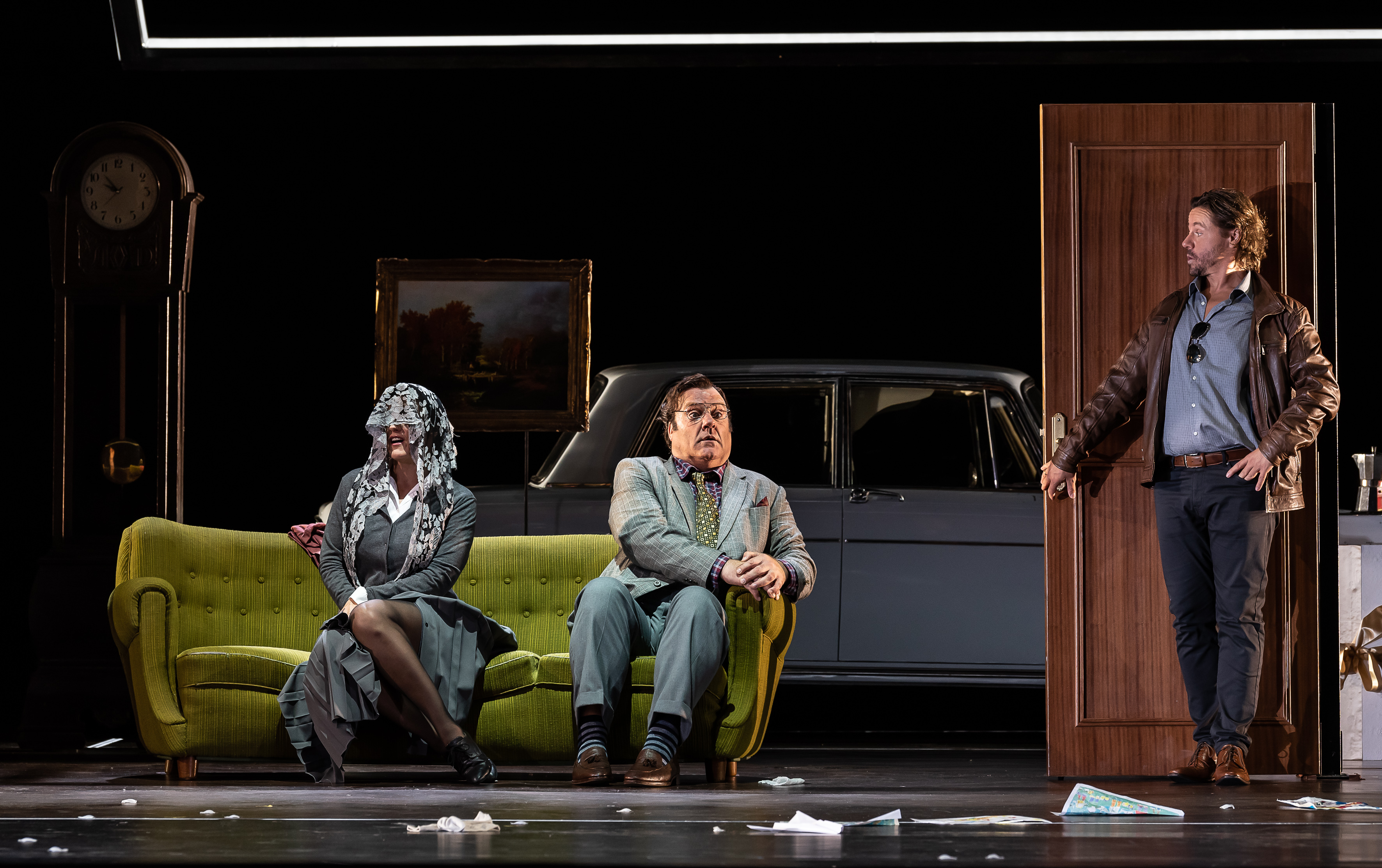 This presentation has subtitles.

NORINA  OLGA PERETYATKO
A YOUNG WIDOW,
IN LOVE WITH ERNESTO

The first opera to be shown at The Bay Theatre, “Don Pasquale”, is a light comedic opera in three acts by Gaetano Donizetti with an Italian libretto completed largely by Giovanni Ruffini as well as the composer. Although written in 1843, the current ROH production has a modern stage setting.

Don Pasquale is an old bachelor with no heirs to his ‘fortune’ except his rebellious nephew, Ernesto. Pasquale wants an heir so he can cut his nephew off without a penny. However, the nephew thinks he can outsmart his uncle.

The performance will be subtitled. A single 25 minute intermission will include backstage and rehearsal interviews about the production.

Synopsis
Act I
Ernesto has annoyed his rich uncle Don Pasquale by falling in love with Norina, a penniless young widow. Don Pasquale decides to disinherit Ernesto and get married himself. His friend Malatesta tells him that he has the perfect bride: his sister Sofronia, a quiet, convent-raised girl. Don Pasquale tells Ernesto of his plans. Ernesto decides that he cannot marry Norina with no money, and writes a letter breaking off their relationship. Norina receives Ernesto’s letter. Malatesta arrives to reassure her: he plans to fool Don Pasquale into making a disastrous fake marriage, and so secure Norina and Ernesto’s future happiness. He instructs Norina to play the role of his sister. She will appear sweet and quiet until her sham marriage, and then become a harpy, who will torment Pasquale so much that he will allow Ernesto to marry anyone he wants. Norina agrees to Malatesta’s scheme with enthusiasm.

Act II
Ernesto, unaware of Malatesta’s plot, is in despair. Don Pasquale, meanwhile, is charmed with his prospective bride and determined to get married immediately. Malatesta brings a fake notary (his cousin) who draws up the marriage contract. While he does so, Malatesta explains what is happening to Ernesto, and persuades him to play along. As soon as the marriage contract is signed, Don Pasquale’s bride turns on him. She insults him, then orders the servants to buy new furniture.

Act III
Don Pasquale argues with his wife about her spendthrift ways, and refuses to let her leave the house. She slaps him and goes out. Don Pasquale is further humiliated when he discovers a note detailing a tryst between his wife and her lover. He begs Malatesta to help him get rid of his bride. Malatesta tells him that there is only one way to do this: Don Pasquale must inform her that she must share her house with Ernesto’s fiancée, Norina, whom she cannot stand. Don Pasquale is so eager to get rid of ‘Sofronia’ that he agrees to Ernesto’s marriage. After further intrigue, Malatesta at last reveals how Pasquale has been tricked, and who ‘Sofronia’ really is. Don Pasquale is initially upset, but decides to forgive everyone.