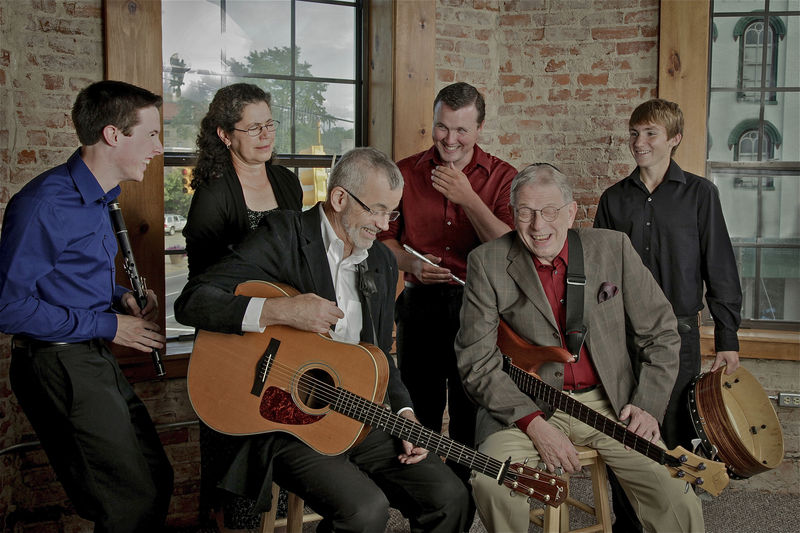 Irish Kitchen Music from the home, the hearth, and the heart.

Tickets available online or at the door.

About the Band
Kennedy’s Kitchen is a talented sextet, that has been making Irish music together since 1998, averaging about 80 shows per year playing everything from backyard parties, weddings, pubs, concert halls, and national festivals.
They are family and friends, gathering every Thursday evening for dinner, laughter, and music rooted in traditional Irish Music, jigs, reels, hornpipes, aires, recitations, stories, and songs…..adding their own compositions along the way. It’s a mix of all things Irish from traditional to pub songs, from toe-tapping to deeply moving….and it’s always fun.
The band is led by John Kennedy, an award-winning singer and guitar player.  Joining in is joHn’s nephew Liam Ladewski, then Theresa Kubiak, Chris O’Brien, Rob Weber, and Jacob Turner. Liam, Theresa, and Jacob are award winners themselves having competed in the All-Ireland Fleadh on their respective instruments.  They play fiddle, flutes, whistles, mandolin, bouzouki, guitar, tenor banjo, harmonica, bodhran, and bass. They love to sing.