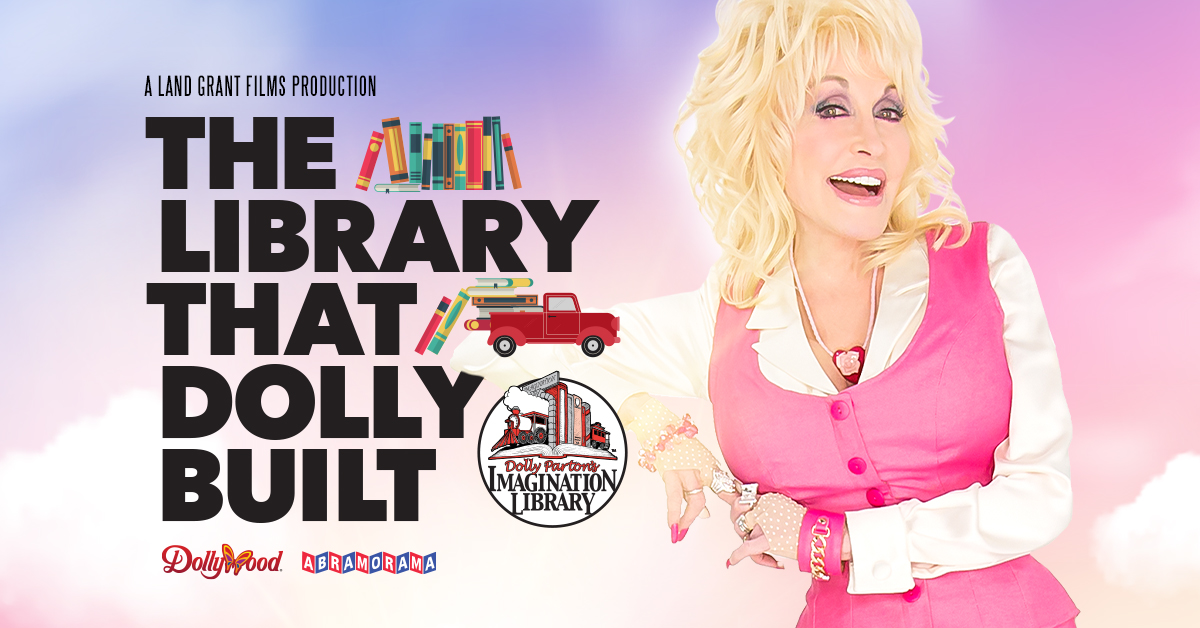 “THE LIBRARY THAT DOLLY BUILT” Cancelled Due COVID-19 Health Emergency. May be rescheduled.

Check the home page of our website for updates.

50% of proceeds benefit The Imagination Library

During the last 25 years, Dolly Parton has quietly built one of the largest literacy-focused non-profits in the world. Started as a gift for the children of her hometown of Sevierville, Tennessee, Dolly Parton’s Imagination Library in now active in all 50 states and five countries and delivers more than 1.5 million free, age-appropriate books to children every month.

The Library That Dolly Built goes behind-the-scenes of this unprecedented program to show how one of the most famous performers in the world has developed an efficient and effective program, beloved almost universally by its recipients.

Weaved throughout the story of the Imagination Library is a biographical sketch of Dolly Parton, featuring rare photos and films from her childhood. Unlike most biographies of Dolly, it doesn’t focus on her music. Instead it demonstrates that at every point in her career, any time she has had success, Dolly Parton has come back to Sevierville to give back to her people.

DIRECTOR’S STATEMENT
I was introduced to the Imagination Library shortly before my wife and I moved to Tennessee. I immediately fell in love with the program. It was so simple: sign up, get free books. There was no catch. There was nothing

Then my son, Henry, was born. We immediately signed him up for the Imagination Library. When he started getting his books, I became obsessed with the program. I needed to know everything: How do they pick the books? How is Dolly involved in the program? How does one even mail a million books?

The more I learned about the program, the more amazed I was. Like Dolly herself, the Imagination Library is deceptively simple. It’s easy not to appreciate the significant impact it’s having on our world.

With The Library That Dolly Built, I hope to share the story of this program with the world. I want everyone to see the Imagination Library as I see it and to understand the way Dolly Parton has not only shaped this program, but has consistently sought to support my adopted home of East Tennessee.